How I Lived Happily in Outback Australia On $75 Per Week

Cleaning rooms in a rural caravan park in Katherine, Outback Australia, I was more content than I remember. Plenty of free time and surrounded by nature, I had all I needed despite earning very little.

My ‘visa’ job search in Darwin had turned into weeks of adventures and raucous nights out. I’d been searching for rural work that would count towards my second year working holiday visa application. One of the criteria for applying is (bizarrely) three months of specified work in a rural location in industries such as agriculture and construction. Quite different from my usual office-based marketing jobs!

Darwin is a popular place for travellers to do the ‘rural work’ to qualify for second year working holiday visas, as the whole of the Northern Territory (NT – Outback Australia) is included as a listed region.

After failing to find any appropriate work in Darwin itself, I instead embarked on a road trip from Darwin to Brisbane with Matt, a racing car driver I’d met there. Matt had to get to Brisbane in his V8 ute (so Aussie!) for a racing show. I decided to join him and figured I’d just find visa work at the other end.

We weren’t far into our roadtrip of Outback Australia when I got an email response about a ‘farm hand’ role I’d applied for. It was on a rural cattle farm homestead in Katherine,  a few hours south of Darwin. Which by chance wasn’t far from where we were driving at the time. Quite a coincidence given the size of the Northern Territory. It was getting dark as we rolled up to check the place out. A ramshackle barn with an old ute in it, some basic-looking huts and dusty roads came into view as we passed the cattle fields. Some people stayed there on holidays and others were longer term residents who worked casually locally.

The shared kitchen was simple and reminded me of something from an old western film. It seemed super-basic and at first I wasn’t sure about living and working there. I’d be very isolated with no car. There was a nice river (with crocodiles!) cow fields and bush surrounding the property. It was miles from anything. While staying with Matt nearby at Mataranka hot springs I spent some time agonising over whether to continue on the trip with this completely inappropriate boy I’d become quite attached to, or take what could be my last legit chance to get the hours needed to apply for my second year working holiday visa.

I chose to take the job and live there for three months, with my longer terms goals in mind. Matt went on his way to Brisbane.

In exchange for working weekday mornings I had a room in a hut which contained two bunk beds, a little covered porch and cupboards, and $75 a week for food & other expenses. And most excitingly, I got to drive a golf buggy!

Living in Outback Australia, working five mornings a week, I realised I didn’t need to do or earn much to live happily.

I sometimes spent more than I earned with splurges on Coconut water, alcohol and health foods. Given I had savings and could earn extra money with freelance digital marketing work, I didn’t worry too much. The point is that I didn’t NEED anything more. I could have survived quite happily as I was, perhaps with a couple of hours of freelancing per week for extra expenses. I loved being out in nature! Work started at 8am every day. It was often cool in the mornings and I’d walk over to reception to find out what needed doing that day. Sometimes I blew away leaves with a blower around the buildings, or other light maintenance work around the farm.

Generally I would clean the rooms for departing guests, whizzing from room to room with the golf buggy loaded with linen & cleaning products.

Often the farm dogs would follow me and jump in the back of the golf buggy, wedging themselves in. I’d whiz to the caravan park or whichever rooms needed cleaning, waving at friends, staff and locals along the way. I found the solo, methodical work therapeutic, and it was pretty good exercise. It was nice to do active work instead of desk-based. I’d often put the TV on and listen to Australian news, music or TV shows while I worked.

Around midday it got too hot to work. Everything had to be done in the morning. So in the afternoon I was free to do what I pleased!

My mind was clearer with limited internet access. Wifi was limited to times when reception was open so I only really went online in the afternoon. Phone signal was too sketchy to get proper internet on mobile. I sometimes did freelance digital marketing work in the afternoon.

Late afternoon when it cooled down a bit I often cycled or jogged down the red dirt track to the highway. I’d get back and read on my makeshift sofa on the porch. I frequently dozed off while reading, I felt so chilled. The stars at night were incredible with no light pollution out there. I slept really well with the dark nights and no wifi.

Nature provided as much entertainment as we needed most of the time. The rest we made ourselves. There were a few other travellers doing similar work, and locals staying temporarily while they worked nearby. The hot springs down the road were great fun. A long clear river of naturally hot springs wound through tropical bush just down the road. In wet season it would be too dangerous to swim there due to crocs. But in dry season it was perfect.

Every chance I could I got a lift into town. I craved a good art gallery or change of scene from time to time, but generally I was content. I came to really love that place and the simple, relaxing routine and way of life. Friends from Darwin came to visit some weekends and we went on adventures nearby; road trips, camping and canoeing at Katherine Gorge.

One time after a big night’s drinking we went to the sparkling Cutta Cutta (‘stars’ in Aboriginal) caves. Visiting while hungover may not have been the best idea as I almost had a panic attack in the humid dark tunnels winding into the caves! Well worth a visit though.

I loved the mix of nature, campfires and boozy starry nights. When working in offices in London, I had often dreamed about living a simple life more connected to nature. Perhaps selling oranges from a hut on the beach. But I never truly believed it was possible long term. I didn’t realise how many possibilities there are for living and working. I guess part of it is the social pressure of having a ‘normal’ high paying and ‘respectable’ office job. This stint made me realise it really is possible; you just have to make the choice.

I had somewhere to stay and money for food. I was happy and healthy and life was simple.

It stands out as such a happy time. I realise life isn’t quite that simple, and I may have suddenly found myself with additional costs, so it could be argued that it only worked as a short term set-up. But with a bit of financial savvy and cushioning, some variation of that lifestyle could definitely work longer term. I have so many ‘typical Aussie’ memories from this time. One time I went to a party at a big property out in the bush where we had fresh oysters (of all things in the outback!) and a bonfire.  Driving some friends back I very nearly ran over a wallaby, unfortunately a common occurrence in the outback.

The local town had a couple of pubs including the notorious Kirby’s which was the scene of a couple of ludicrous nights out featuring a mix of random backpackers, local aboriginals and a few guys from the nearby military base. A couple of the guys who lived there used to take me fishing on the river in their canoe. It was always so peaceful and still. Sometimes we caught Cherabin (giant freshwater prawns) in pots, occasionally fish. I wasn’t much good at fishing and neither were they. But if we had been, we could have, and often did, form the basis of many meals with what we caught.

As humans, if we have shelter and can catch and grow our own food, there’s no need to work for most of our waking hours. Living in a city you’re paying a premium for living and working there, only to sustain the life you’re living. One evening we went searching for crocodiles with torches at night. Careering down a dark steep embankment at night towards a crocodile-filled river in a 4×4 full of guys with beers and their dogs was quite an experience! If you shine a torch towards croc eyes at night they glow orange!

THE CHARACTERS. So many fascinating, hilarious and friendly characters who lived there. There were travellers from many different countries who had ended up there on their travels or finding visa work.

One couple, an English girl who had taught English in Italy, and her Italian boyfriend had got a job on a nearby farm fixing leaks in the irrigation system on the fields. They started at 5am each day and saw the sun rising on their way to drive around fields on mopeds and quad bikes checking for leaks and fixing them.

She said it was the best job she’d ever done. The pay was pretty good. They were always exhausted by the end of the day. Their living costs were super low so they could save heaps. There was a funny older Dutch couple who had settled in the caravan park there. They liked a drink and were real characters. One time the guy suddenly appeared from their caravan naked and dancing. Another time they gave one of the horses some whisky and it happily lapped it up!

Another classic Aussie character was an old guy called Russell. He used the car port in my hut and I’d hear him walk past burping and cracking open a XXXX beer at 5am on his way to work. He seemed to take a shine to me and often called me over to sit and chat. He had some lovely phrases such as ‘fuck me dead’. He was really hilarious.

When I first arrived he’d asked if I needed any shopping and I said no I’d already been, but he rolled up later with a random selection of shopping for me including shampoo and conditioner (actually useful!) and a huge box of tea and sugar which I’d never use! Bless him. I genuinely didn’t want to leave when the time came. I had a flight to Cairns already booked as I figured a few months there would be enough. I almost cancelled it and stayed longer, but decided to continue the adventures and see a new part of Australia.

The farm produced and harvested mangoes in October and hired in workers from all over to pick them. The appearance of tiny green mini-mangoes on the trees around the farm signalled that it was almost time to leave. The accommodation would be filled with heaps of people and the vibe wouldn’t have been the same.

Key lessons learned from this adventure: 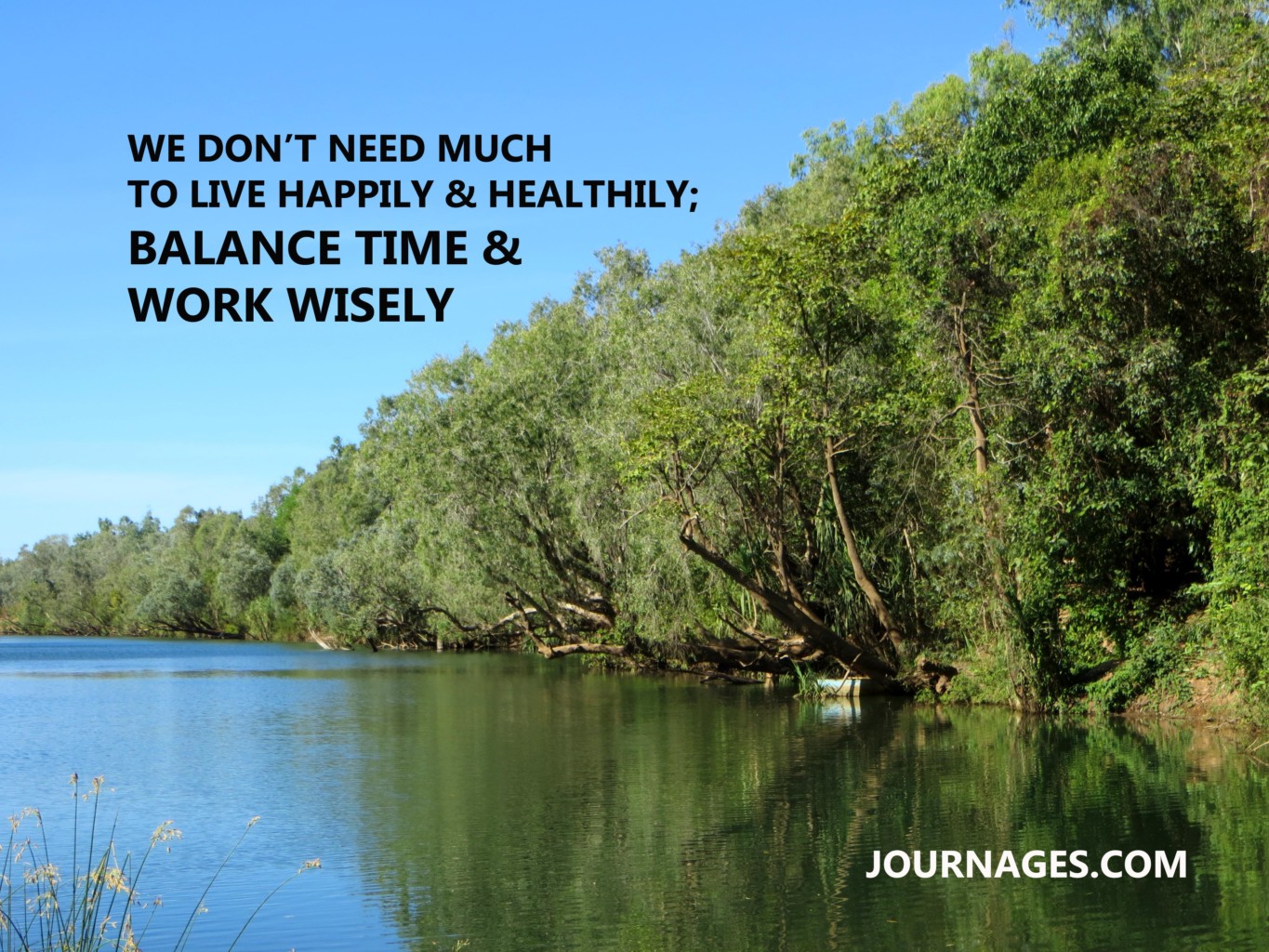 Here’s a great video of the marvellous Manbulloo Homestead Caravan Park where I lived and worked!