Balls Head Reserve is a native forested headland near Waverton in Sydney’s North Shore, west of the Sydney Harbour Bridge. I had been meaning to check it out as I’d heard about the incredible city views over Sydney Harbour from the Balls Head walk.

I can see the reserve from the balcony of my apartment; at night it’s just a mass of black as it’s national park. It’s well worth seeing! Balls Head is just a ten minute walk from Waverton Train Station. You can walk around in an hour or less, depending how long you spend taking photos (in my case: a long time) On the west side is Berry’s Bay, which was claimed by the Australian Army in 1912 for a Quarantine Depot to service the boats operating to and from the Quarantine station at North Head. There are often large military ships docked here which I can see from my balcony lit up at night. There are some development works going on to the west side. You can still walk through the old tunnels. The old Coal Loader Centre has been turned into a centre for sustainability and has a sustainability display, cute cafe, book swap and community gardens. I keep meaning to go there for brunch as it’s a lovely setting. There are apparently some aboriginal rock engravings of whales, but I didn’t find them (plenty of time for that as it’s on my doorstep). The Balls Head reserve walk features lots of native trees and natural caves, as well as what appear to be wartime bunkers. Some are sealed up with concrete, some you can walk into. Balls Head is one of the largest areas of native bushland to the city of Sydney. The views of Sydney from Balls Head are totally unique, with lots of little coves, caves rocks and benches that are great for a picnic, with some quite hidden and private. You can see the Anzac bridge, Cockatoo island, Goat Island and of course the harbour bridge and opera house. About half way around the trail there’s a little picnic bench with a fireplace cut into the rock with amazing city views, shaded by a cool tree with red flowers. I plan to have a picnic there one afternoon with friends with candles and champagne. We can light a fire in the stone fireplace as it starts to get dark (I must check if fires are actually allowed!) On the way back round to the east side of Balls Head I saw a few more walkers (the other side I had to myself, but it was a week day). I also saw some very tame brightly coloured bush turkeys! Can you spot the turkeys in the photos below? The first one is admiring the view! I can’t believe I’ve spent so much time in Sydney and only recently got round to doing the Balls Head walk. The moral of this story: there’s always more to discover, even in your own back yard. See things with new eyes and act like you’re on holiday all the time! It’s easier to feel that way in Sydney, of course! :p 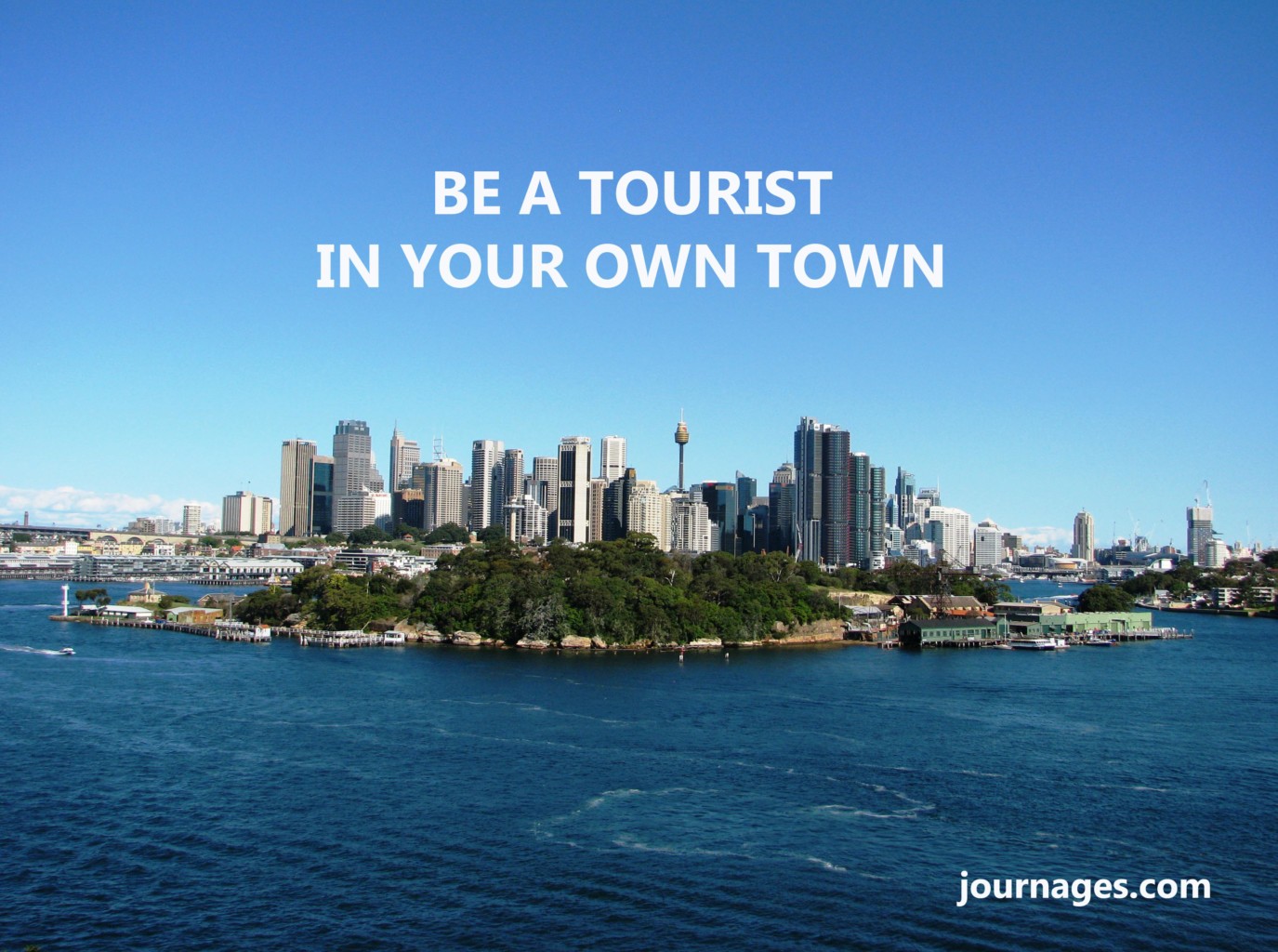