All of a sudden over the last month or two, hundreds of dockless share bikes have appeared around Sydney. They’re super easy to use and a great way to do small trips as they tend to be free or very cheap. In fact we haven’t spent a cent on them so far cycling to the beach and back in Bondi. I’m all about the sharing economy so think it’s great share bikes have become so widespread and accessible. 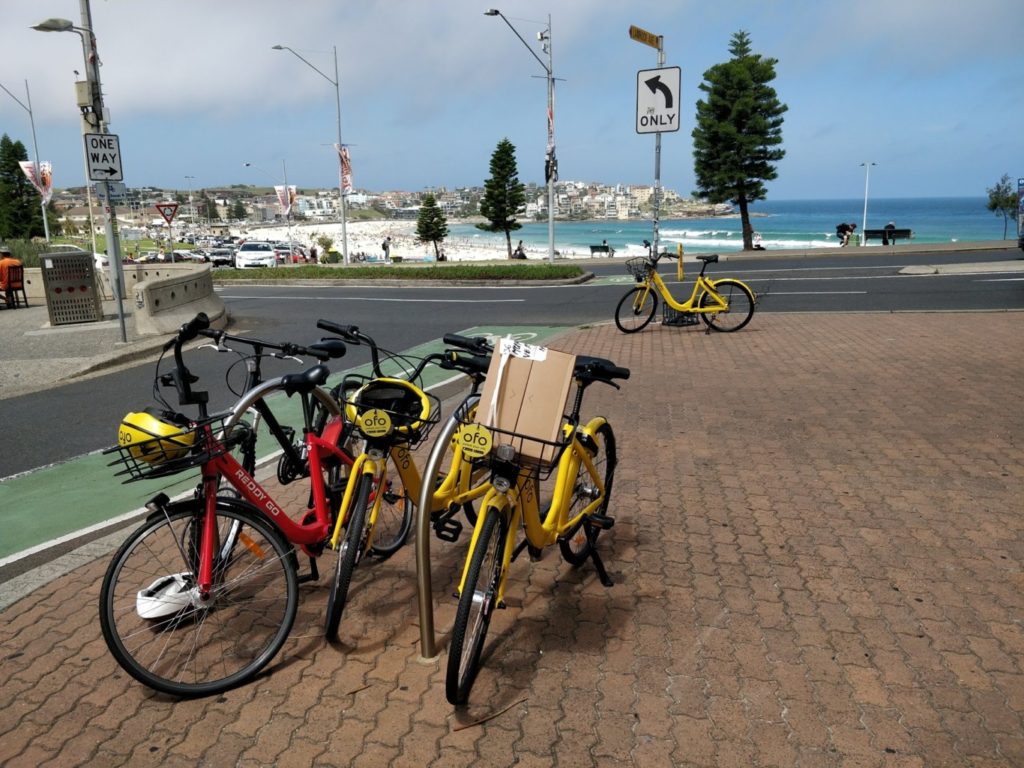 I’d encourage anyone visiting Sydney to use them to explore where it’s not too hilly or busy. Cycling is a great speed to see things by, and all the bike brands have baskets on the front to chuck your bag in. I’m so excited about them it’s prompted me to blog for the first time in 2018 after ages of silence!!

The four key companies for share bikes in Sydney

This is my favourite brand by far and they have the most bikes from what we’ve seen. They ride well, the seat height is adjustable (Bobby still finds them too small) Somehow we’ve never paid for a ride so far. The app is super simple to use with no deposit.

How to use Ofo 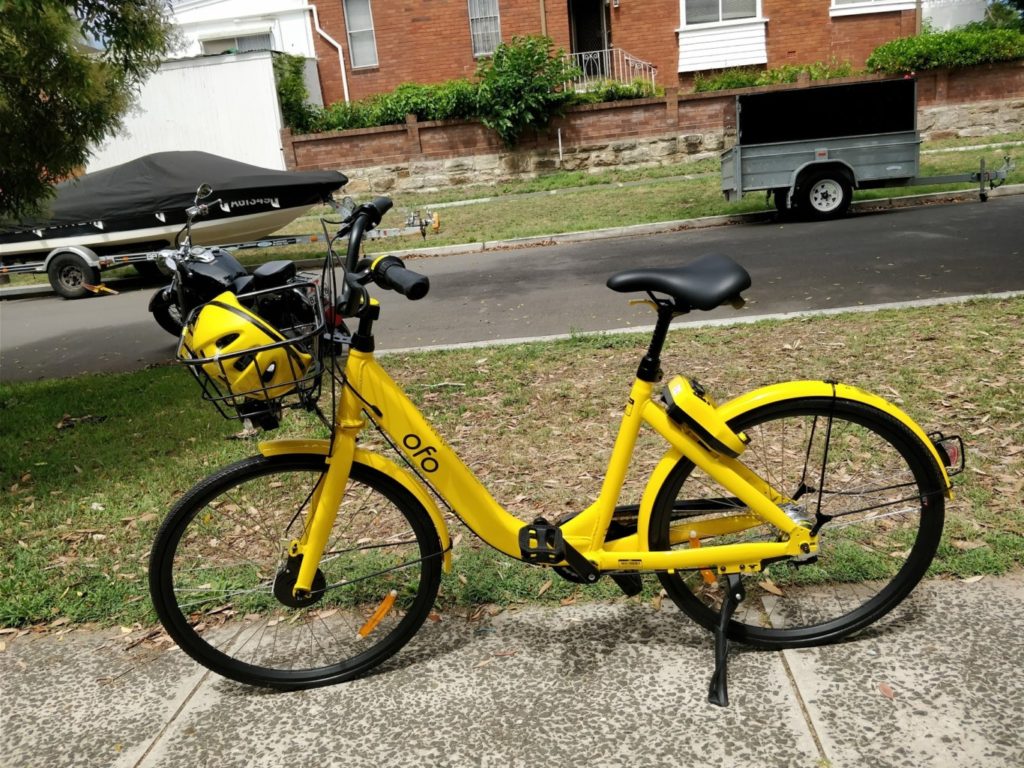 An Ofo bike on the streets of Bondi

These were the first we tried in Sydney. We cycled to the city from Bondi (not advisable!) and found them too slow and hard to ride for such a distance, with bad brakes.They’re also very small even with the seat raised. I’m 5.8” and Bobby is 6.3” and we both found them small. They also rarely have helmets, and the $69 deposit is off-putting.

There aren’t so many of these around the eastern suburbs and I haven’t tried them yet.

I haven’t used these in Sydney but the ones in Melbourne worked fine. I rarely see them with helmets. 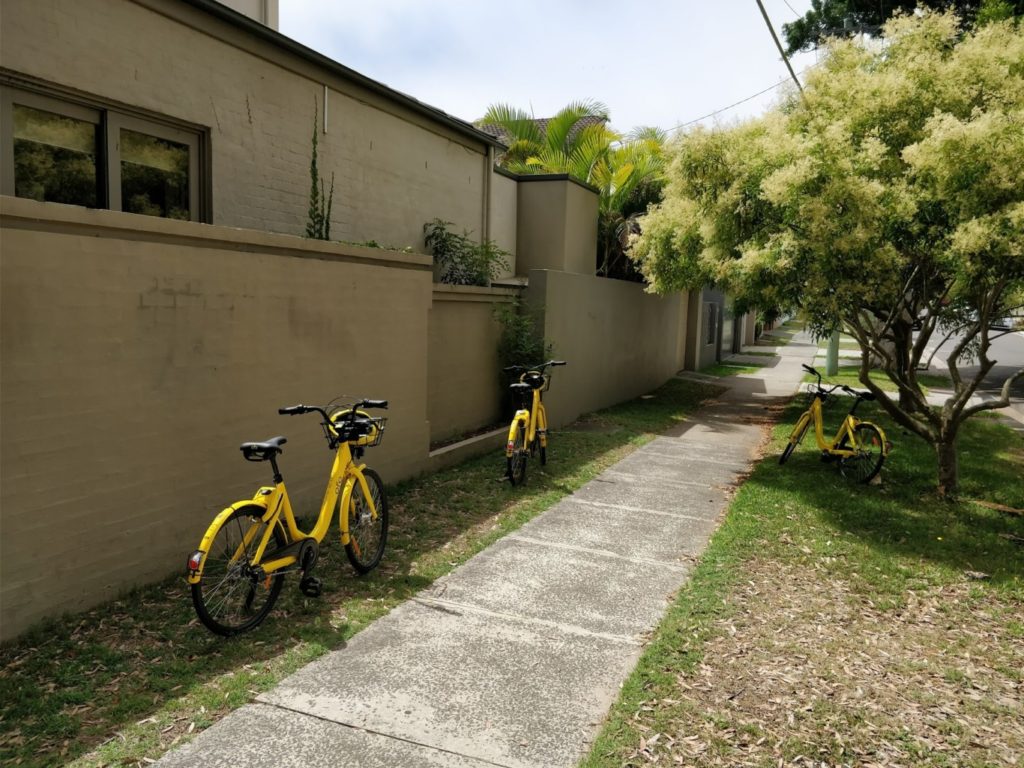 Ofo bikes collecting outside our house in North Bondi

The fact the bikes don’t need docking allows so much freedom as you just leave them anywhere there’s space. Some hooligans have hurled bikes off cliffs but this is very rare, and most are parked sensibly. Melbourne has had O Bike for a while now, but when I lived there in 2014 they had to be docked in racks, like the share bikes in London. This was a bit limiting as you had to find a rack to return them. Not great if you don’t live near one.

One issue with all the bike sharing companies is that the bikes are often missing the helmets. They need to find a way to make fixing the helmets mandatory, eg requiring the helmet to be re-attached to end the ride, using some sort of clip. The Ofo brand tend to have the most bikes with helmets.

One of the few things I don’t like about Sydney is it’s not very bike-friendly. This is partly due to the hills, and some driver’s attitude towards cyclists. So the share bikes are a step in the right direction making cycling easier in short trips, and taking pressure off the transport system.